Power NTC thermistor can be a cost effective device to limit the amount of inrush current in a switching power supply or other devices when the power is first turned on. Power NTC thermistor limits surge current by functioning as a power resistor which drops from a high cold resistance to a low hot resistance when heated by the current flowing through it.
Inrush-current limiters power NTC thermistor protect circuits from undesirably high currents, suppressing high inrush current surges, while its resistance remains negligible low during continuous operation. Thanks to their low resistance in the operating state, Power thermistor have a considerably lower power dissipation than the fixed resistors frequently used for this application.

·Resin coated disk thermistor with uninsulated lead-wires.
·Suitable for both AC and DC circuits up to a voltage of 265 V(rms).
·Wide range of resistance, current and dimension.
·Excellent mechanical strength.
·Suitable for PCB mounting. 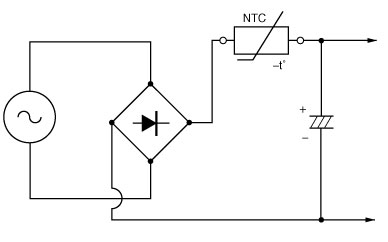 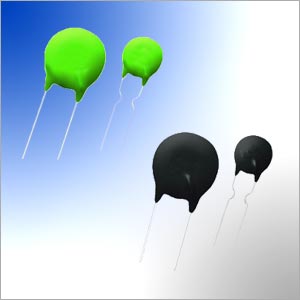